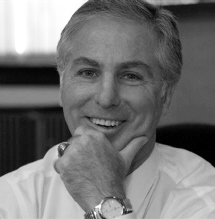 For example opinions in each area of law, click on the corresponding links below:

In Montana Environmental Information Center v. Department of Environmental Quality, 1999 MT 248, 988 P.2d 1236, the Court was asked to decide the extent of environmental damage that must be demonstrated before the protections provided by Montana's constitutional right to clean and healthy environment can be invaded. The district court held that because imminent threat to public health or water quality was not demonstrated by discharge of underground water which included higher levels of arsenic, the constitutional right to clean and healthy environment found at Article II, section 3 of the Montana Constitution was not implicated. In the Court's opinion authored by Justice Trieweiler, he wrote, after analysis of the minutes from the Constitutional Convention that:

The delegates did not intend to merely prohibit that degree of environmental degradation which can be conclusively linked to ill health or physical endangerment. Our constitution does not require that dead fish float on the surface of our state's rivers and streams before its farsighted environmental provisions can be invoked. The delegates repeatedly emphasized that the rights provided for in subparagraph (1) of Article IX, section 1 are linked to the legislature's obligation in subparagraph (3) to provide adequate remedies for degradation of the environmental life support system and to prevent unreasonable degradation of natural resources.

We conclude, therefore, that the district court erred when it held that Montana's constitutional right to clean and healthy environment was not implicated, absent a demonstration that public health is threatened or that current water quality standards are affected to such an extent that a significant impact has been had on either the Landers Fork of Blackfoot River.

We conclude that the constitutional right to a clean and healthy environment and to be free from unreasonable degradation of that environment is implicated based on the Plaintiffs' demonstration that the pumping test proposed by SPJV would have added a known carcinogen such as arsenic to the environment in concentrations greater than the concentrations present in the receiving water . . . .

In Roosevelt v. Montana Department of Revenue, 1999 MT 30, 975 P.2d 295, the Court was asked to decide whether a real property valuation statute which phased in changes in real property value for purposes of property tax assessment after 1996 violated the right to equal protection of the law for property taxpayers like the Plaintiff whose property had declined in value, but who continued to pay taxes based on the property's former value, while those property owners whose property had increased in value paid taxes on less than the property's current market value. In an opinion which held that the statutory scheme violated the right of some taxpayers to equal protection under the law, Justice Trieweiler wrote:

In Great Falls Tribune, Inc. v. Day, 1998 MT 133, 959 P.d 508, the Court was asked by the Great Falls Tribune to determine whether the director of the Department of Corrections could exclude members of the public from meetings of the committee established by the Department to screen proposals for the operation of private correctional facility in Montana. The director instructed committee members that the information provided to them by private contractors could not be discussed with anyone outside the committee. The District Court in which the Tribune's petition was initially filed, concluded that the initial negotiations could be conducted privately. On appeal, Justice Trieweiler, writing for the Court, wrote that Article II, section 9 of the Montana Constitution gives citizens of Montana the right to observe the deliberations of all public bodies absent an individual interest in privacy and that other than legitimate trade secrets submitted as part of the private vendor's proposals, they ad no expectation of privacy included in the information submitted. The opinion held that:

[The] Department's committee meetings have not been closed in this case for reasons of privacy; they have been closed to gain economic advantage. However, there is no exception provided in the plain language of Article II, section 9, for the State's economic advantage. As we noted in Great Falls Tribune, a public agency's desire for privacy does not provide an exception to the public's constitutional right to observe its government at work.

. . . The delegates to the constitutional convention made a clear and unequivocal decision that government operates most effectively, most reliable, and is most accountable when it is subject to public scrutiny. It is that fundamental principle of the State's constitutional law which is the bias for this Court's decision.

While on any given occasion there may be legitimate arguments for handling government operations privately, the delegates to our constitutional convention concluded that in the long-term, those fleeting considerations are outweighed by the dangers of a government beyond public scrutiny . . . .

In State v. Bullock (1995), 272 Mont. 361, 901 P.2d 61, the Court was asked to decide whether the state constitutional right to be free from warrantless searches and seizures extends beyond the confines of a person's home to the area surrounding the home when the homeowner has made an effort to maintain privacy in the surrounding area. In the opinion authority by Justice Trieweiler, the Court held that because of Montana's strong tradition of respect for the right to individual privacy and because of the express provision in Montana's Constitution at Article II, section 10, protecting individual privacy, citizens of this state enjoy greater individual protection than is provided for under the federal constitution and that, therefore, in Montana a person may have an expectation of privacy in an area of land beyond the confines of his home when reasonable precautions have been taken to notify others that entry is not permitted and that under those circumstances warrantless entry by the State is not allowed.

In Plumb v. The Fourth Judicial District (1996), 279 Mont. 363, 927 P.2d 1011, the Court was asked to decide the constitutionality of a legislative enactment which allowed defendants in civil suits to reduce their own liability for damages claimed by an injured party by shifting responsibility to persons not named in the suit who had no opportunity to appear and defend themselves. In an opinion authored by Justice Trieweiler the court held that the legislature's purpose to apportion liability for damages based on the degree of a party's fault is a legitimate objective but that permitting a defendant to blame someone who is not present to defend him - or herself is not rationally related to that objective and that the statutory scheme, therefore, violates the rights of injured parties and the unnamed defendants to substantive due process. Therefore, the named defendant was not permitted to blame the injured party's damages on that party's physician who was not a party to the lawsuit nor able to defend himself. The opinion stated:

The 1995 amendments to §27-1-703, MCA (1987), permit the Mall to assign liability for the Plumbs' damages to Dr. Timothy Adams without affording Dr. Adams an opportunity to defend himself. As a result, Dr. Adams' professional reputation and economic interests are jeopardized without an opportunity to personally appear on his own behalf, cross-examine those witnesses who might criticize the care he provided, or offer evidence in support of his course of treatment. The percentage of liability assigned to Dr. Adams following this kind of process would not be a reliable or accurate apportionment of liability and cannot, therefore, be rationally related to the objectives for which Senate Bill 212's supporters contend that the 1995 amendments were enacted.

In Ridley v. Guarantee National Insurance Co. (1997), 286 Mont. 325, 951 P.2d 987, a passenger involved in a motor vehicle collision filed this action against the insurer of the driver of the other vehicle to determine the insurer's liability to pay the injured victim's medical expenses prior to final settlement of the case. In a case of first impression the court held in an opinion authored by Justice Trieweiler, that Montana's Unfair Trade Practices Act requires an insurer to pay an injured victim's medical expenses without a complete release and prior to final settlement when liability is reasonably clear. In the opinion, Justice Trieweiler stated:

Medical expenses for even minor injuries can be devastating to a family of average income. The inability to pay them can damage credit and, as alleged in this case, sometimes preclude adequate treatment and recovery from the very injuries caused . . . . We conclude that this is not what was intended by the Montana Legislature when mandatory liability insurance laws and unfair claims practice laws were enacted.